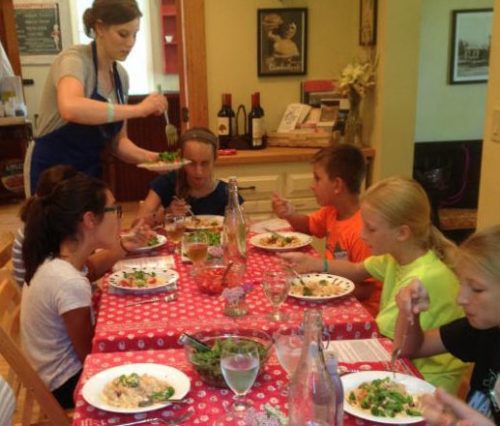 Keeping track of two children under the age of three has made Anna Zasada acutely aware of how difficult it can be to incorporate children into the everyday routine of gathering, preparing and serving a meal.

“Everybody’s so busy, life is busy, so it’s hard to carve that time out but I think it’s important not only for their physical health but just general awareness of where food comes from and how it’s prepared and all of the work that people put into making a meal, whether it’s work that moms and dads do or work that a restaurant chef would do,” Zasada said. “Somebody is making your food.”

Next week, Zasada and her sister, Emily Rehberger, will take a bit of that pressure off parents when they lead two “Junior Chef Farm to Table” cooking classes at Savory Spoon Cooking School in Ellison Bay.

The classes mark the third summer of collaboration between Savory Spoon and Hidden Acres Farm, a Northern Door produce farm and community garden owned and operated by Zasada and Rehberger’s parents, Tom and Carolyn Rehberger. The sisters will draw on their family’s interest in the farm-to-table movement (Hidden Acres Farm supplies produce to several local eateries, including Wickman House, Base Camp, Whistling Swan and Roots Inn & Kitchen, among others) and their personal experiences working with students to craft classes that will give children the confidence to use their newfound skills in their home kitchen.

Zasada has worked with children as an elementary school teacher in the Chicago suburbs, while Rehberger works as a garden teacher with Edible Schoolyard NYC.

“It’s a nonprofit in New York that does school gardening and cooking programs in public schools in the city,” Rehberger explained. “Right now as an organization, we are in six different sites and I work at one of our sites that’s in an elementary school so I’m a garden teacher. I teach all the grades, pre-K to 5th grade, and we see all the kids twice a month and we do gardening classes with them. There’s also kitchen teachers as part of the organization so we do the whole edible education, farm-to-table process.” 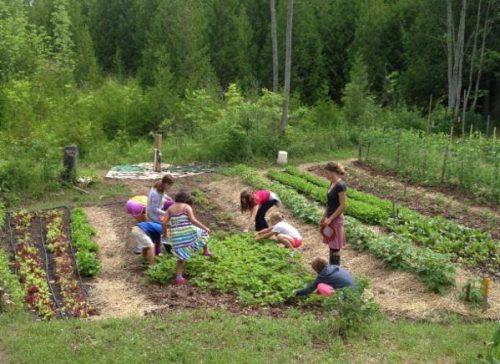 Through her work with Edible Schoolyard NYC, Rehberger has learned how to safely incorporate children into the kitchen (replacing a knife with scissors for young children, for example), and how to stylize lessons to include traditional school subjects.

“It’s really cool to see the kids interact with all the ingredients and have more interest and more familiarity with it,” Rehberger said. “I think when they grow it and they cook it, they’re much more likely to eat it. To watch them do it in school is really fun because you get to see all of the subject matters at play when they’re cooking. They’re practicing their math skills when they’re measuring out the different ingredients and trying to add it up, they’re practicing their science when they’re talking about the different parts of the plants they’re eating so I think it’s important for a lot of different reasons. Whatever you want to focus on.”

While they draw on locally available produce to design their menu and tend to focus on American kid classics like last year’s pasta and marinara class, this year the sisters decided to add a unique cultural twist that will bring children beyond the standards they may be used to. 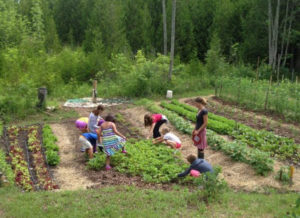 Children in the field at the school. Photo courtesy of Savory Spoon.

“This year, especially with the political climate being as it is, we wanted to highlight a culture of food that maybe students didn’t know a lot about and also one that we didn’t know a lot about so we picked Iranian food,” Zasada said. “It’s been a really fun process for us to learn more about that culture and learn more about the food. We’re excited to kind of get to taste it and prepare it with the student and highlight more positive aspects of that culture.”

Thank you so much for the warm,convivial and delicious evening!...... you put it all together so well and provide a space for people to relax and enjoy themselves while actually learning, sharing and......of course.......tasting:) The warm and welcoming environment lifted my spirits.
Merci et a bientot