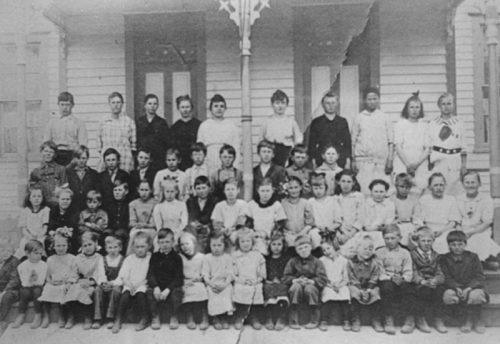 The property was originally owned by Johan Eliason, aka John Ellison, the namesake for the village of Ellison Bay. Mr. Eliason gifted, or sold for a nominal fee, the property to school district #5 in 1877. The school was built on the site in 1879. The building was constructed with native, old growth cedar, which was abundant in the area during that period. It was a very simple 2 story building with 2 front doors; one was used for the girls, and the other for the boys to enter. The school has a pictured dated in 1895, showing the students and teacher on the front steps. Two of the students were the Ruckert brothers, the family that build and owned the Pioneer store.

Sometime between 1900-1910, an addition was constructed on the west side of the building (near what is now State Highway 42). A picture from that period shows the addition, with students on the front porch. The “new porch/addition is just the way it looks today, including the two front doors. 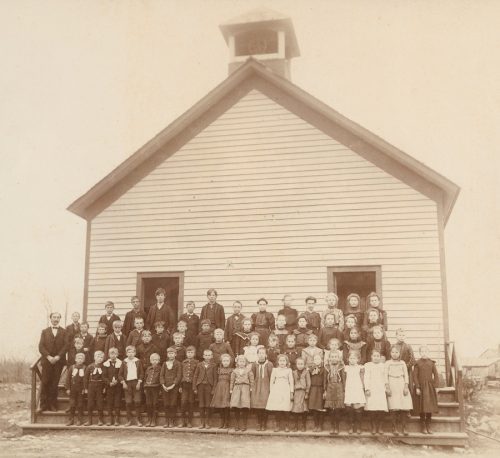 The school operated in this building until 1927, nearly 50 years. A new school was built on Garrett Bay Road, and in interviewing some older residents who attended the school, they remember the day where they helped carry the books and supplies from the old school to the new one. The “new school building was demolished many years ago, about the time all the local students were consolidated to the new Gibraltar school in Fish Creek.

The Savory Spoon building was then purchased by Jay and Hannah Rogers, a pioneer family from Rowleys Bay in 1927, and remained in their family till the mid 1990’s.

Winfield Rogers, a son of Jay and Hannah, and his wife moved into the house in 1935. Winfield became the postmaster for Ellison Bay, and the building then housed the post office, as well as living quarters for he and his wife. Their only child, a daughter, Kay Rogers, was born in the house in the late 1930’s. Kay has attended classes at the Savory Spoon Cooking School and recalls her days in the home.

In 1942, Winfield and his family moved to Manitowoc, where Winfield worked in the ship yards during World War II. Jay and Hannah moved back into the house, and remained until Hannah died, sometime in the late 1990’s. 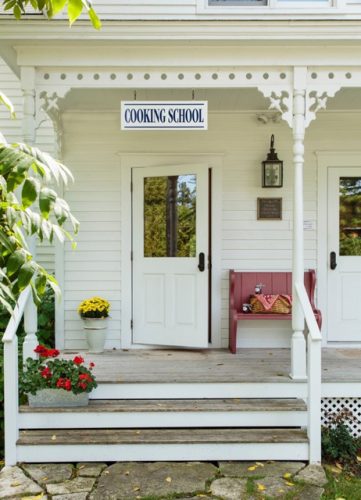 nd grounds. This project was carefully planned to protect the history of the building, and to restore it to its original look.

The cedar siding was sandblasted to reveal beautiful “old growth clear lap boards. The floors were stripped, sanded and restored, revealing original maple boards. All the plaster was removed, and new modern insulation was installed. All the original windows were replaced with like kind energy efficient windows. The heating system was removed and replaced with a new modern forced air gas furnace.

The original school bell was rebuilt in its original location, and is now a working school bell that is rung at the start of our classes at the cooking school. The bell can be heard throughout the surrounding area.

This year marks the 140th anniversary of this very special building, a building that has come full circle. Built as a school, and once again, operating as a school, The Savory Spoon Cooking School.

By Michael and Janice Thomas 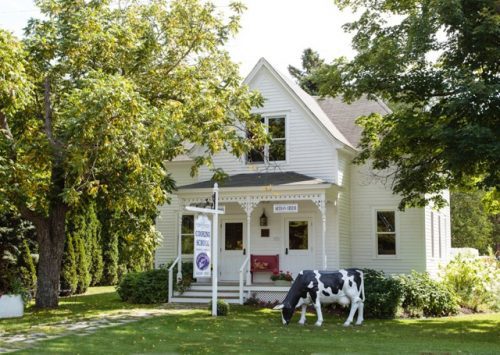 "The variety of classes that Janice offers is just amazing. Truly there is something to interest everyone, whether you like to participate or just watch a demonstration class. Janice is a delightful instructor who loves to share her knowledge with her students."